This morning I took my tire off the new rim, and gave it a through inspection. Here’s the one and only crack: 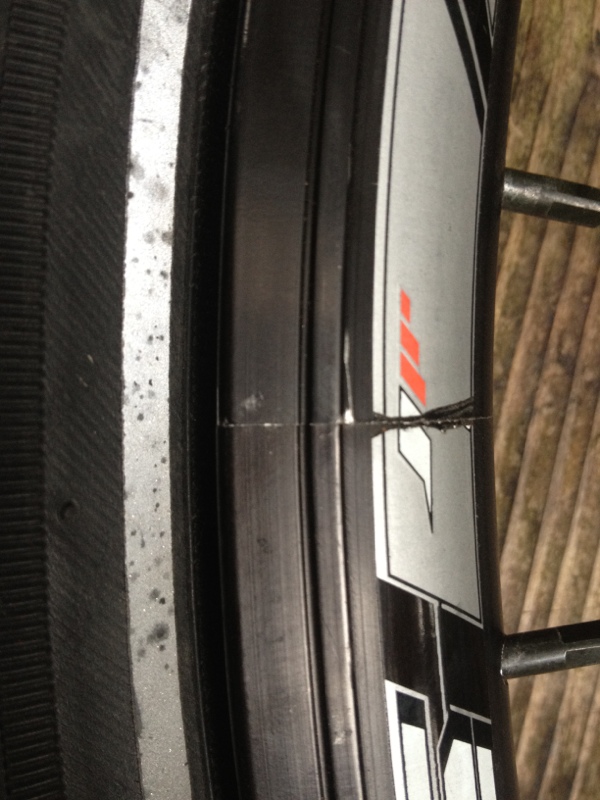 Oddly enough, there was some sort of white substance on the inside of the rim, straddling the crack; 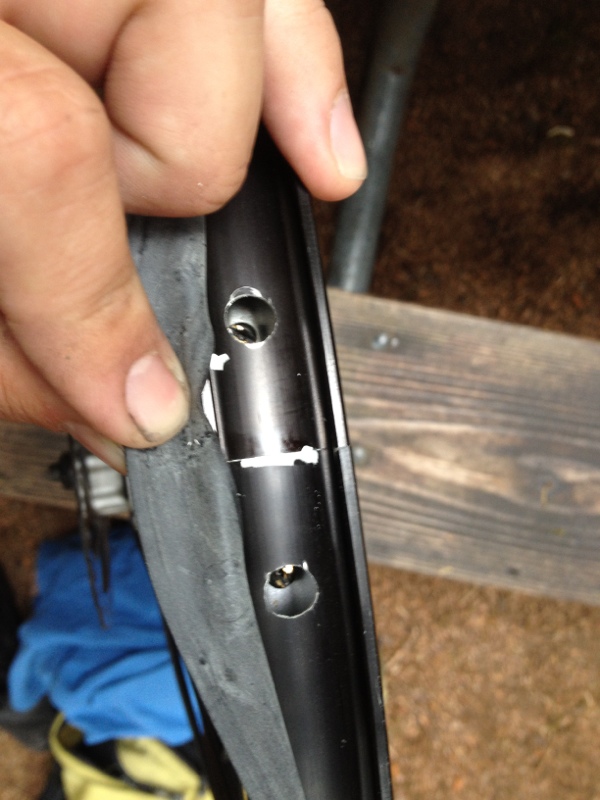 It makes me think that maybe this is where the rim was joined- I guess welded together? I don’t know how rims are manufactured.

Anyway, I see no sign of the lip giving out, other cracks starting to form, or other conditions that look likely to allow sudden catastrophic failure as long as fire pressure is high.

I decided to continue on the Coos Bay under my own power. Tony offered to pick me up, but from where I was I know that it would be a couple of hours of driving for him on the round trip. If the situation was more desperate I would take him up on the offer, but I think I can do a few careful miles on this without much risk. That’s my own judgement, and for anybody reading this who is thinking about riding on a broken rim, I’d discourage it!!

I left this morning and made it to Reedsport, where a lot of cyclists were having lunch. Check of out! 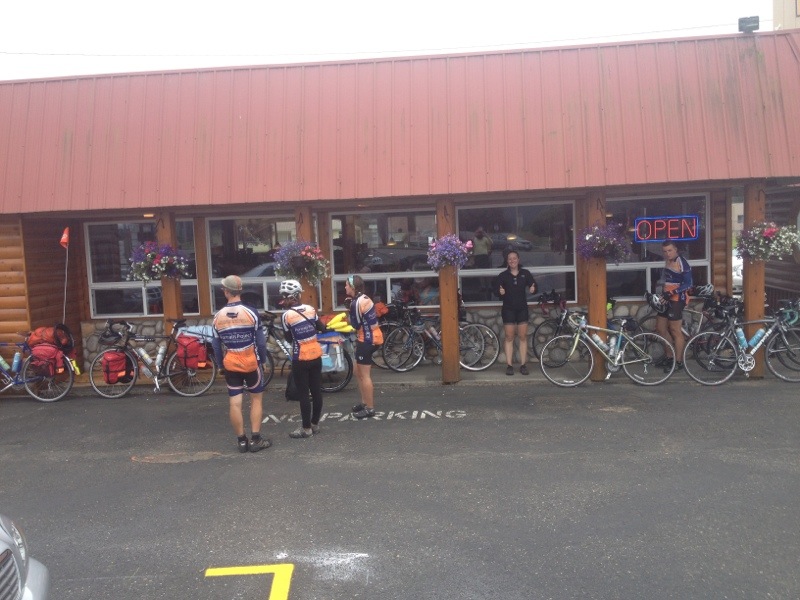 The majority of these folks were doing a cross-country ride as a cancer fund raiser. They were just on road bikes, and they have a support van. They’re going another 50 miles today, and they passed me going quickly earlier in the day. I guess they must be doing a solid 80 to my 45. That’s a way to do it!

For brunch I had an Elk patty, here’s a picture for you foodies: 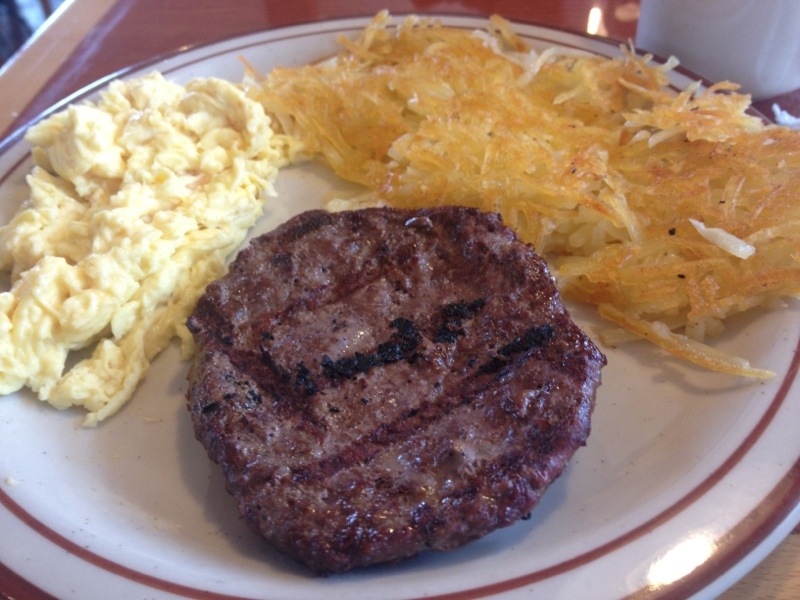