Last night I got into Newport too late to get into the bike shop, and this morning I found that even with the spline, and even with an 8″ crescent wrench, I really couldn’t get that freewheel cassette off. (serious bike guys, forgive me of I’m screwing up terminology, I am obviously not a bike guru)

Since I couldn’t seem to hold the chain and wheel firmly enough to get full torque on the removal tool (and frankly I wasn’t sure if the arrow pointing which way is tighter was referring to gear movement or tool movement) it was clear that I needed to get to a real bike shop to buy/borrow a chain whip, and/or have them do it for me again. The bike ago doesn’t open until 10, so I get to have some breakfast and do the blog. 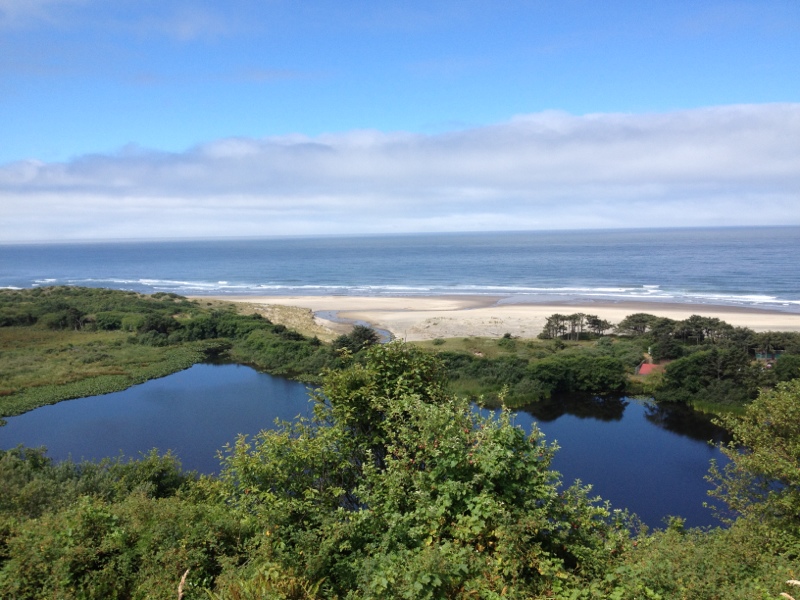 This was some kind of pretty view- wish I could remember where the hell it was. 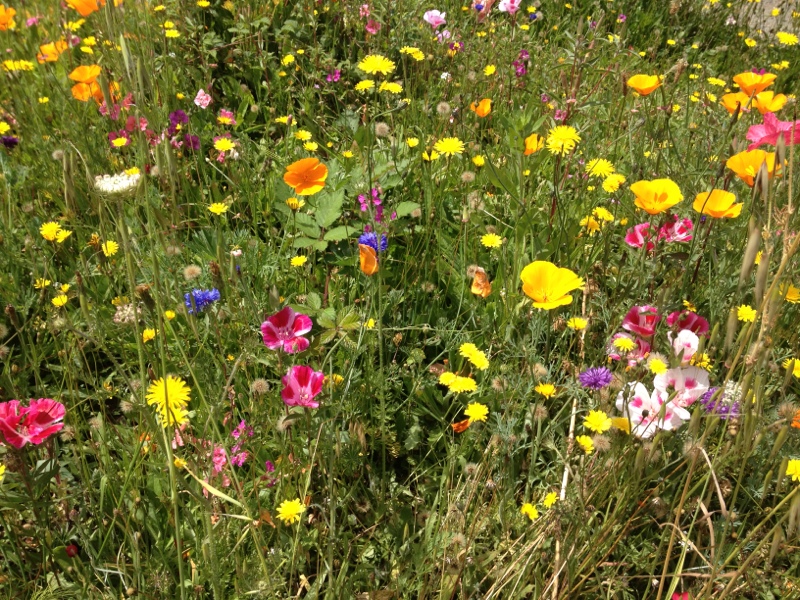 These were some wildflowers, I think they were just outside of Lincoln. 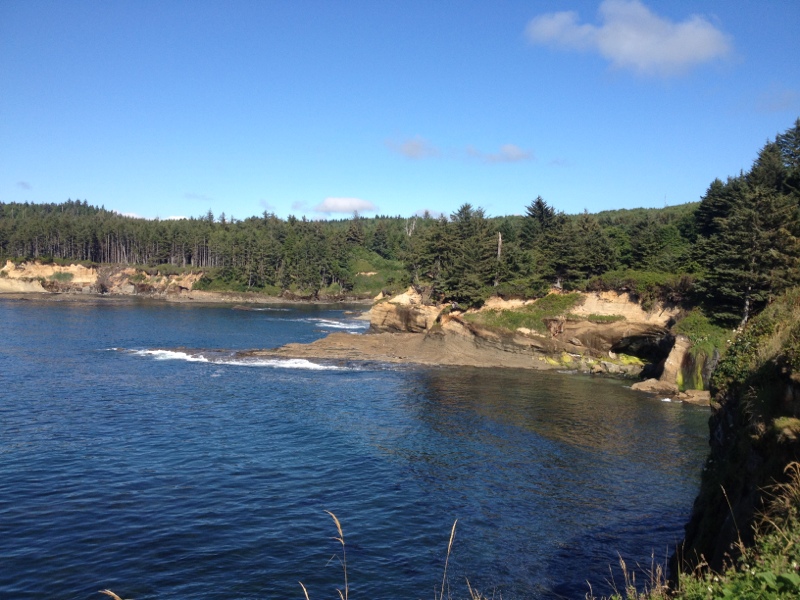 This was Devil’s punch bowl (though I think there are more features in the area with that name), and I got more angles with the Nikon.

I think this trip has covered stores for things, stuff, and objects- this here is where you can get some whatnot. 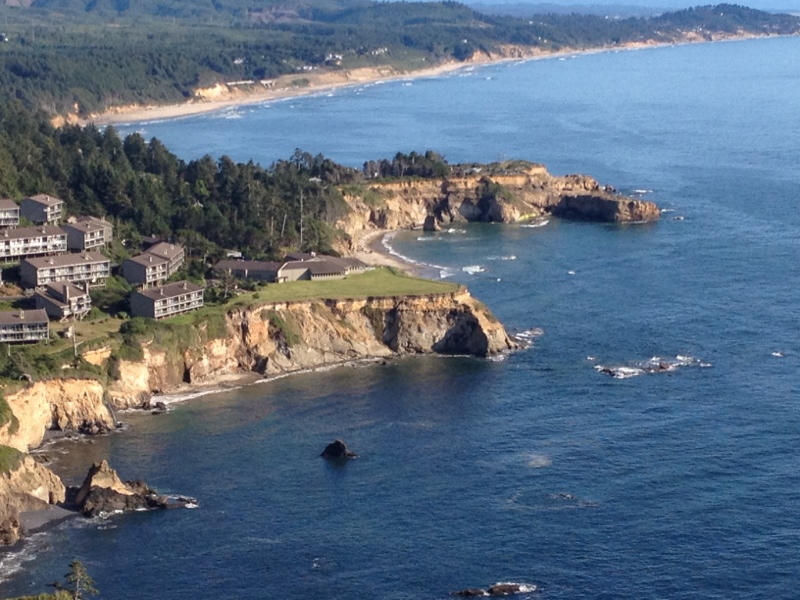 This was the view from Cape Foulweather, it was not so long after the bridge from my last post. Not far, but I had to climb Otter Crest (did not see otters) to get there. Big-ish hill, and I was getting tired! Anyway, the Nikon came out again, so you’ll see this one again in the eventual Flickr set. 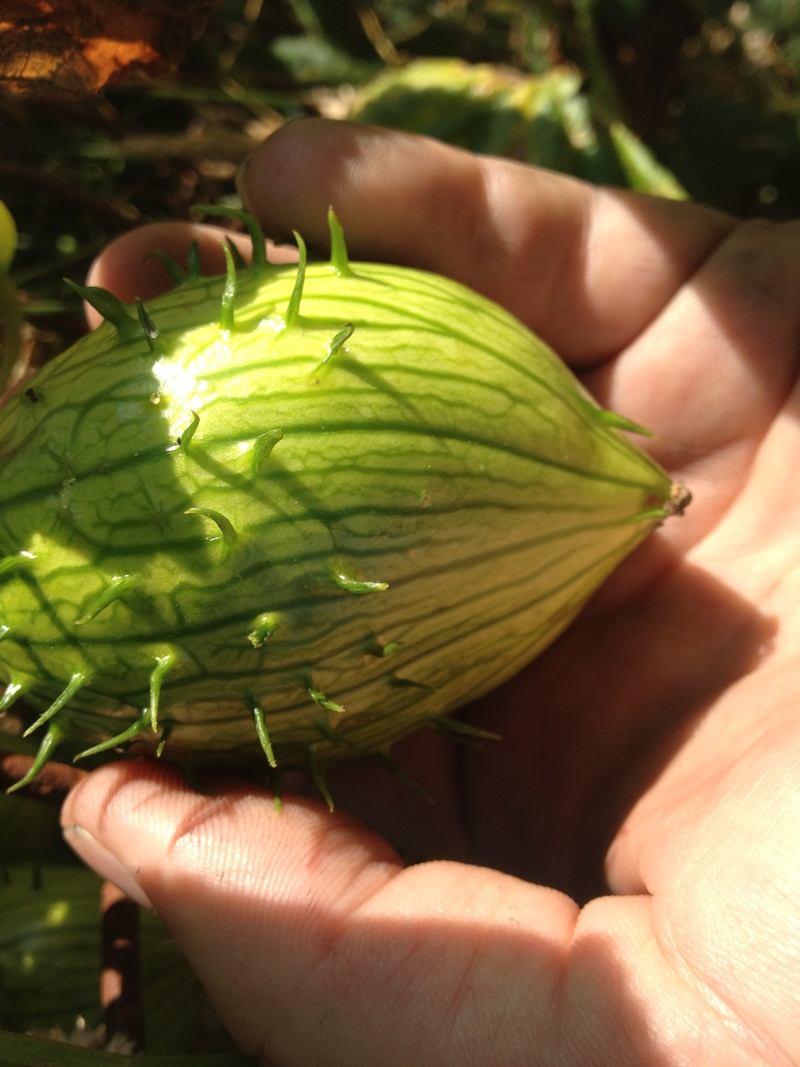 This odd melon thing was just hanging out on the fence by cape Foulweather. 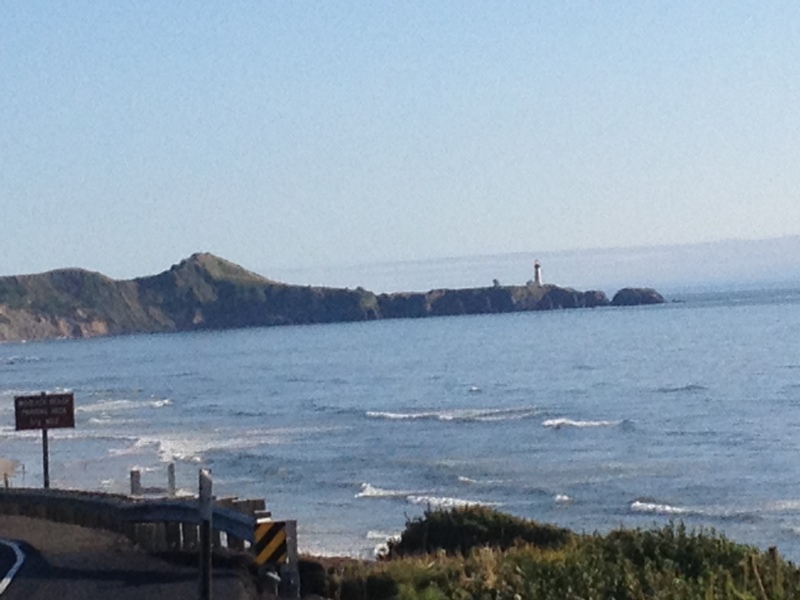 Off in the distance there you can see the Yaquina Head lighthouse. I’m not going to try to get an awesome picture of it, its a little out of my way and it’s the kind of thing that I’m sure I could find a better picture of on a post card. 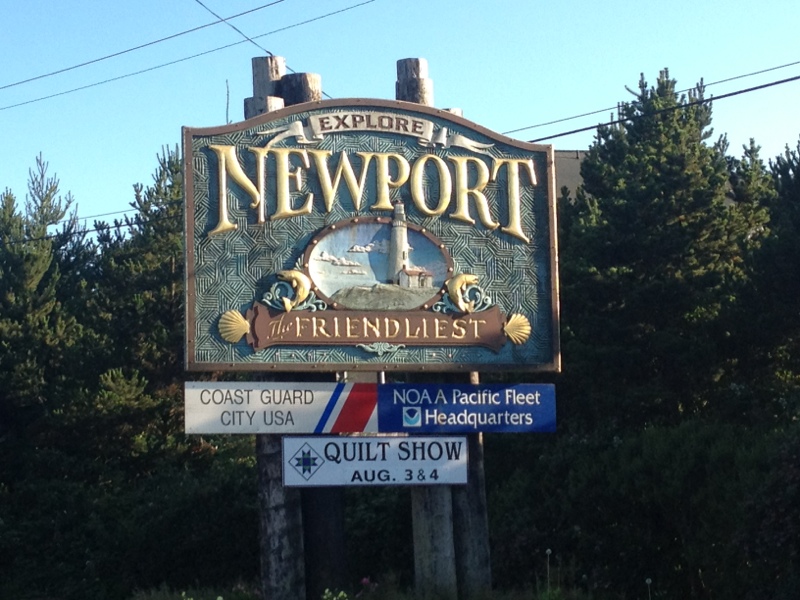 A welcome sight after a long day with a broken spoke! It’s true, Newport has been friendly. Let’s hope their bike shop lives up to what I’ve heard! 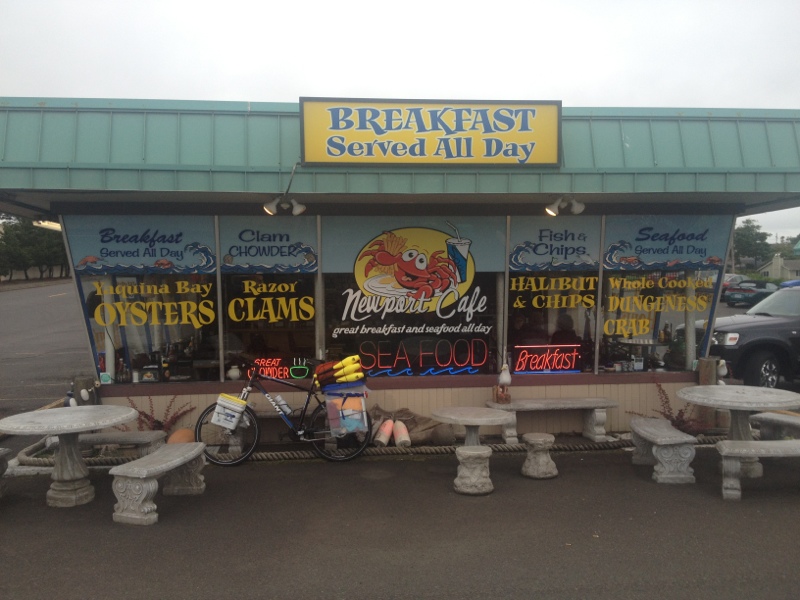 Finally, that’s where I just had breakfast and wrote all this. Tasty waffles, friendly people!