Totally should… Be a good sport 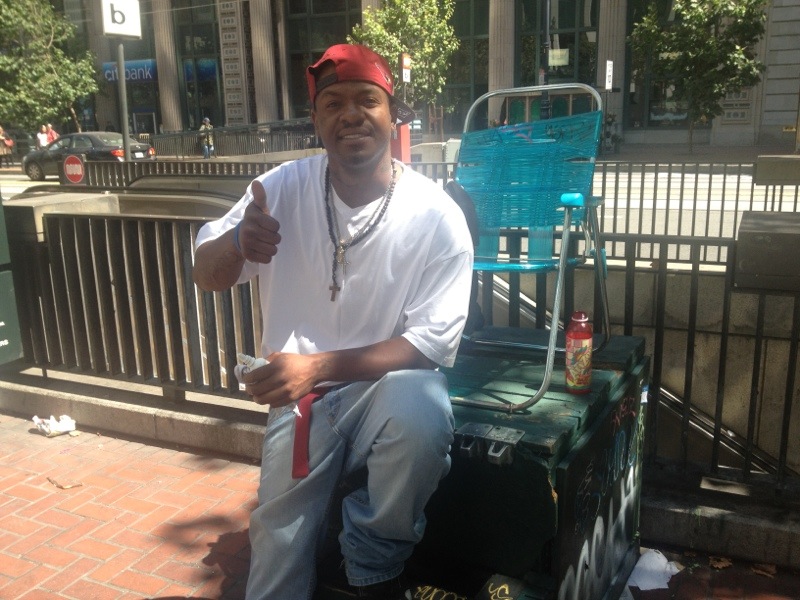 That’s Jeff, and he just hustled me out of a few bucks. I’ve been living and working in San Francisco and Oakland for over eight years now- how’d that happen??

Well, I guess it started a few weeks ago as I was getting used to riding down the coast, living life at a slower pace and interacting with people in a different way. On the road you might be alone for hours at a time, except for the occasional car whizzing by, and only run into people outside of cars in small groups. Usually you’ve all been traveling, either on a bike or at least on vacation, and you have some common ground to talk about. Folks say hello, and they really do ask how you’re doing and check to make sure you’re OK, make sure you’re not out of water or anything, and it’s really pretty odd not to make a little small talk. It wasn’t just me, it’s really a thing as you get away from the metropolis.

I was used to taking a little time to chat, and not being rude to people because sometimes those little interactions made a big difference between a free (or cheap and delicious) meal, and wasting time pushing on to the next town to eat dehydrated food in a KOA. It’s amazing how much a little communication can benefit everybody, and how we really don’t connect with anybody in the big city.

I hadn’t really been reminded to put the walls back up yet when Jeff said hello. He was shining shoes, and realized that he couldn’t shine my sneakers. He started to ask me a question about them, and I did what I’ve been doing for the last month- I stopped to talk to a stranger. He launched a well practiced hustle, and before I knew it the dude was washing my sneakers.

So there I was, Jeff’s scrubbing away, an obviously I didn’t agree to a service or a price. Deep down I had known before breaking my stride that nothing good could come of stopping to talk to a guy shining shoes in downtown San Francisco on a Saturday afternoon, and even after he squirted some cleaner on some toes I knew that I wouldn’t have been out of bounds to just walk away. I could have gotten pissed off and argued about what he was doing. I could have been upset and felt like a dummy about falling for such a simple trick. I could have probably threatened to call the cops, or walked over to Occupy SF to see one in person.

Instead, I decided I’d go ahead and pay him. Rather than get bent out of shape over a couple of bucks or somebody being leas than neighborly to me, I considered it a lesson, bought and aid for.