I’m sitting in Sausalito having a sandwich, drinking a coke, and looking at the bay bridge. I made it! 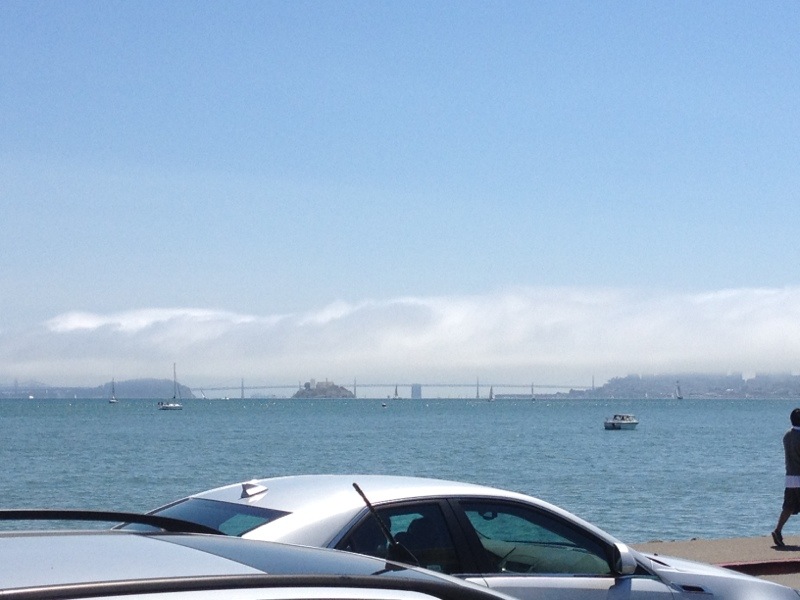 It was such a culture shock when I made it into Marin/Saualito. I was suddenly surrounded by traffic, and had a choice of bike paths, bike lanes, and signs, and I needed to know which way to ride to make it to the bridge. I was at an intersection and tried to stop about ten cyclists to ask this simple thing, but they were all headphones and heart rate monitors, and I couldn’t get a glint of recognition through their silvered wraparound sunglasses. It’s totally different from the way people were just 30 miles ago.