This weekend we had a couple of lucky breaks on lighting, and got some good stuff done! The “nook” light replacement was going to be an antique with a funny hole pattern, and it took some finagling to get the holes to line up with the ceiling box. I figured it out though, and now it’s looking pretty good. 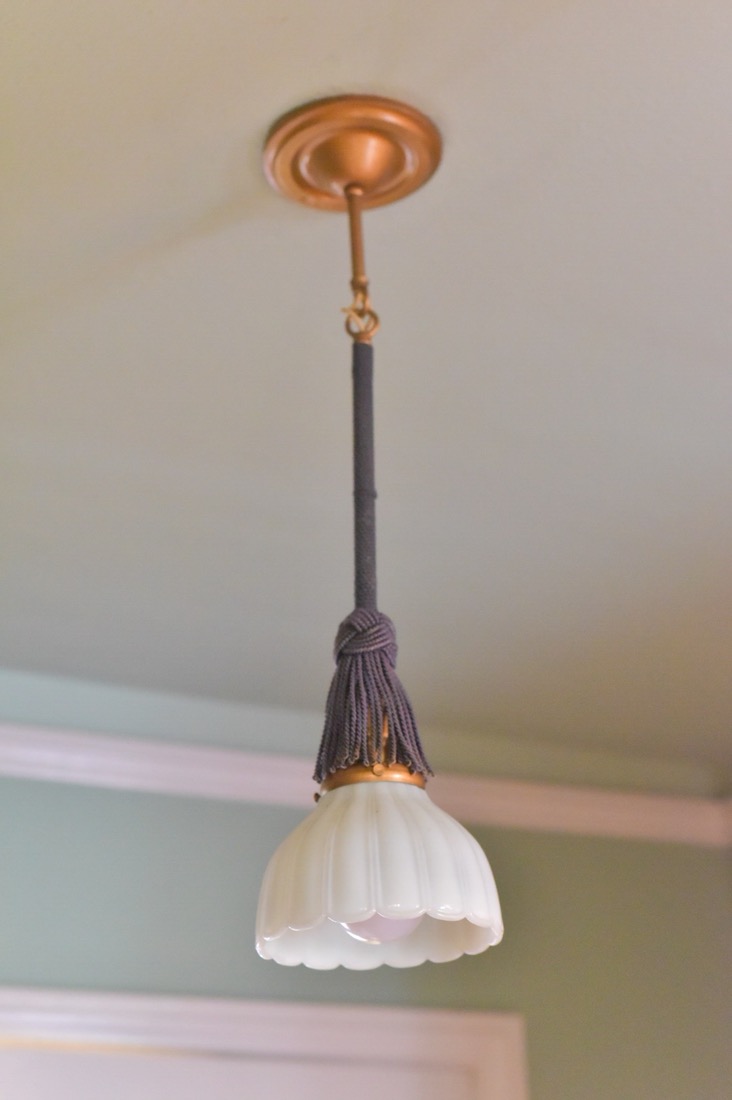 I wasn’t able to get a picture of it turned on that also shows the details, so that’s it.

Kaitlyn spent a while hanging a bunch of little crystal blobs, so we have a bedroom light now: 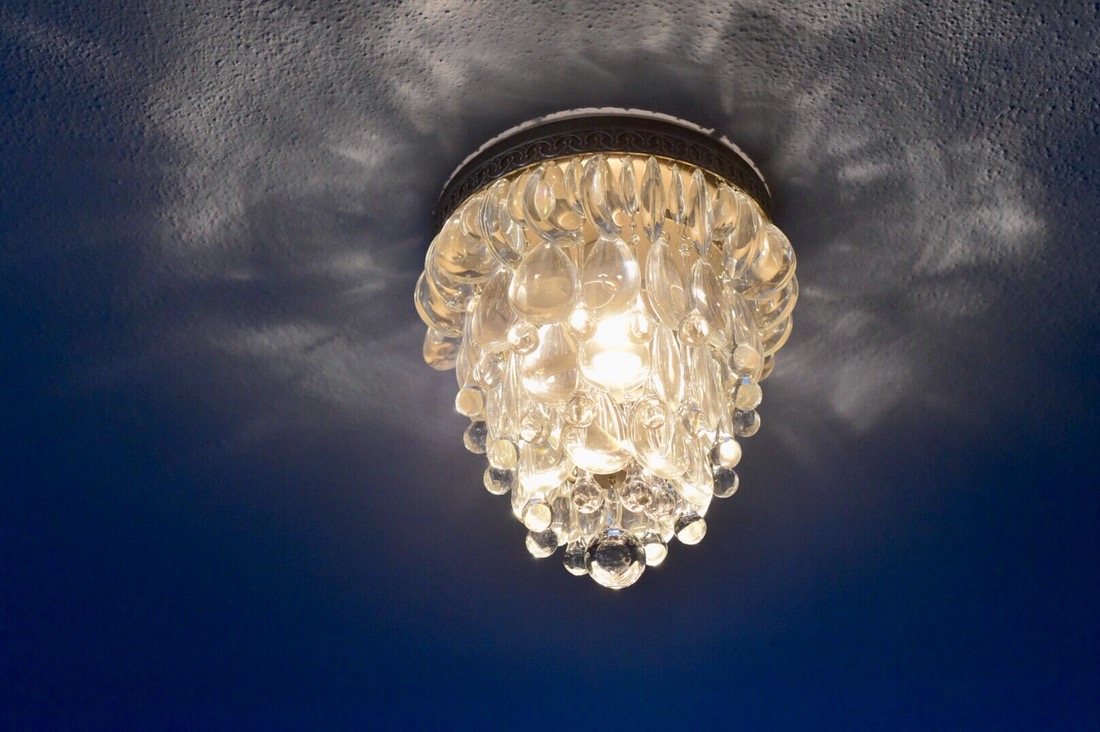 And then we got the dining room chandelier up! Restoration Hardware screwed up shipping so I had to go back to our old apartment to pick up the part, but it worked out. It turns out it was missing a coupler (maybe some people would call it a nipple) that was threaded on the inside, and a smaller threaded tube that connects to the chandelier body. Of course the packaging was enormous for a part that should have been the size of a piccolo, but at least it’s here. 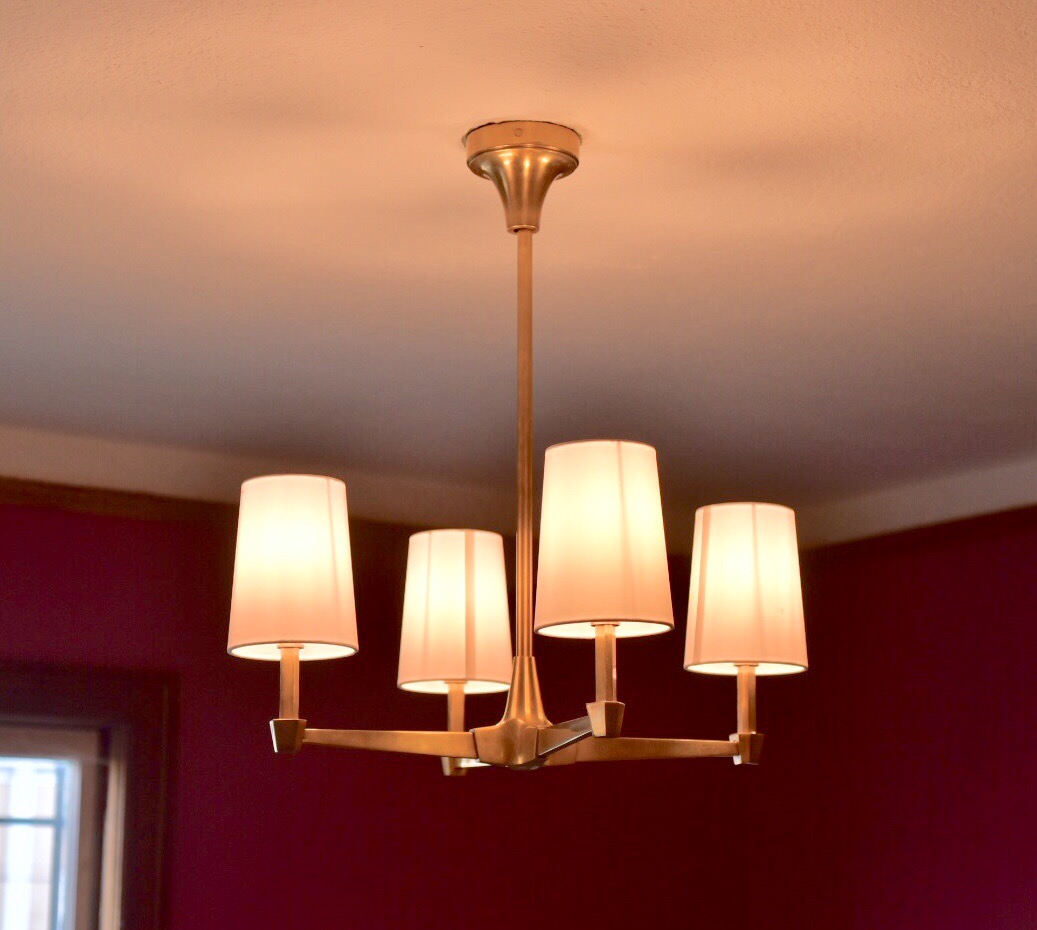 Progress! Victory! No more floor lamp in the dining room, it’s going to look a lot more normal for our first thanksgiving dinner in the new place!

Finally, you know I need to wrap this post up with a Penny shot. Kaitlyn really wanted to get a Christmas tree, and although the Carrows have a tradition of doing that the day after thanksgiving, I gave in. 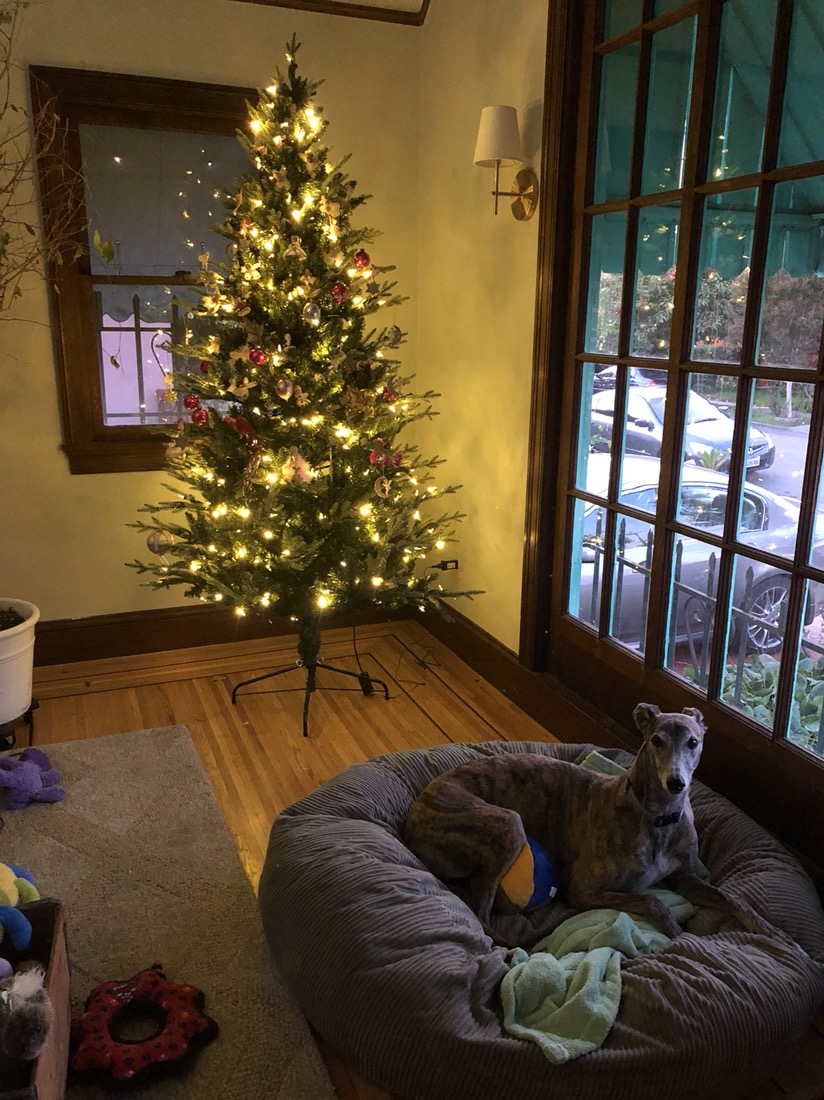 She was really unsure of it, but I think she’s used to it now. Also, the lights have voice commands. It’s the future.

One Response to Lighting update