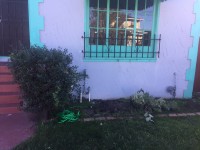 It doesn’t feel like there are any huge milestone new lately, but we have been shuffling boxes around and built a couple of book cases to unpack more books and things. Anyway, we did get around to some yard work this weekend. 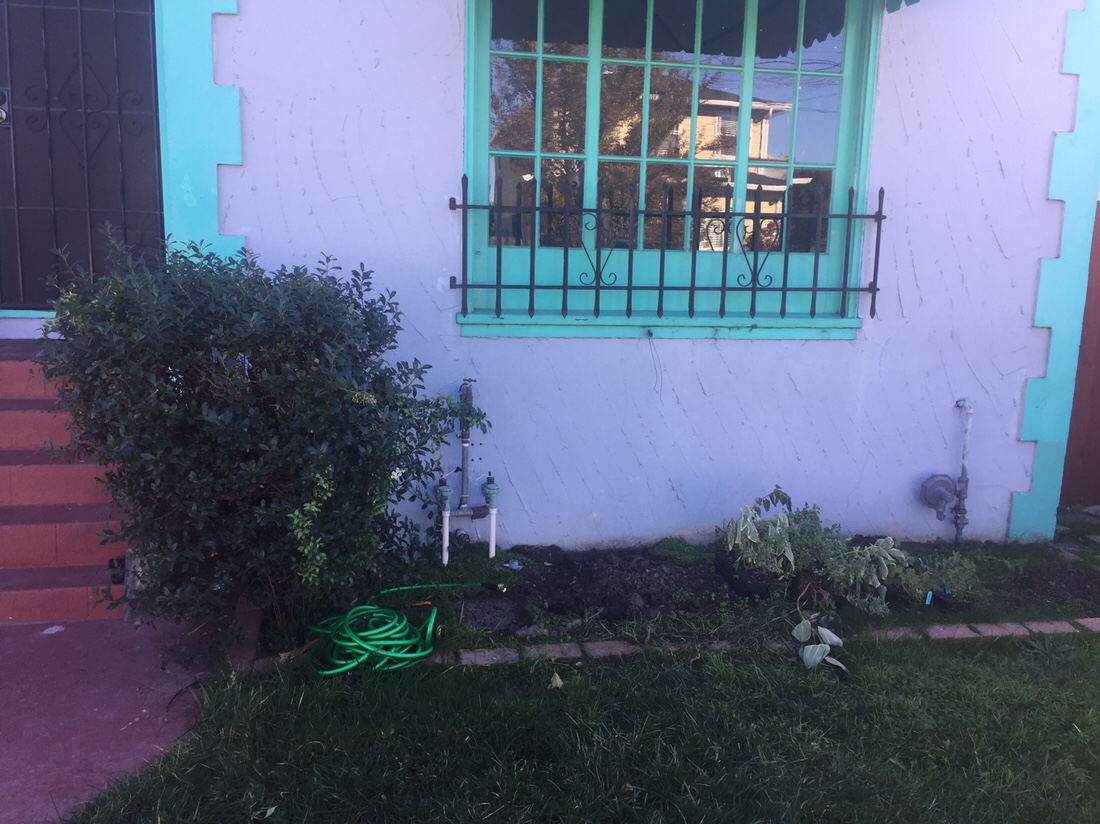 I’m not sure what plants Kaitlyn bought (maybe she’ll come do a post and tell us about them!), but to get them planted the bushes had to go. At first I was concerned that it was a really old bush that would have deep roots, and I’d be destroying something healthy and old by taking it out. On the contrary, it was super rotten and full of beetle holes. This was probably one of the havens for the beetles that were starting to eat the house. It still tuckered me out to dig and chop it out, but it’s gone now.

Next we have to dig out the rest of the weeds, roots and debris before mixing in some bags of soil and planting the new things. It’s getting dark around 5:00 now though, so it’ll have to wait until the weekend.

In other news, I’m getting the office set up, and can finally listen to my stereo again! I hope to do some acoustic measurements soon, and I expect that I’ll need to add some absorbing panels to one or more walls to make it sound right. Those will be non-house posts. 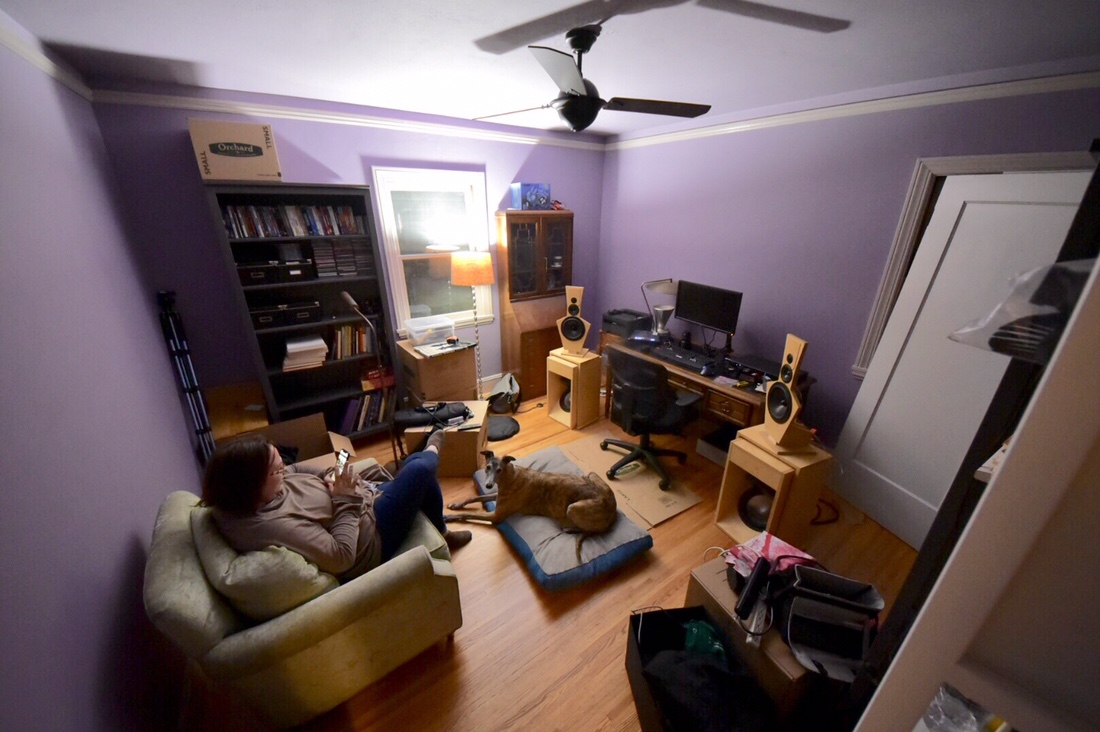