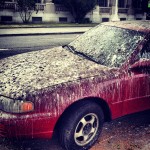 I see that I haven’t posted any new projects since February, but I’ve definitely been keeping busy!

Just before my last photo post I flew up to Washington and did some photography for my friend Molly, shooting her bikini project.  Check it out!

Just before that I shot Oakland Nights… Live! on a BART train, and then right after that I flew to Wisconsin for Thanksgiving with my family. In February I scouted out a “post apocalyptic folk drone-core doom” band by the name of Feral Booty, in March I shot a power soccer match in Berkeley, and also Oakland Night… Live! in their new location!

All of these photo sessions felt like a pretty steady progression from what I’ve been up to (though flying to Washington for a project was special and out of the norm!), but things have recently started to intensify even more. In late March I got a text about a super secret event in an undisclosed location, and boy was it something! Check it out- and if you have a Flickr account and your settings adjusted for it, you’ll even see some ‘adult’ content. Some folks had taken over an old disused movie theater, and the show on stage was very “anything goes”. Very exciting!

I had one more ONL show since then, but then this week something kind of special happened. I was walking home from work, taking a different route than usual when I saw a car across from the post office that had been absolutely covered in bird poop. A family of herons had made its home up there, and somebody parked under them for a few weeks. I took an Instagram picture and got a good reaction from my friends and family: 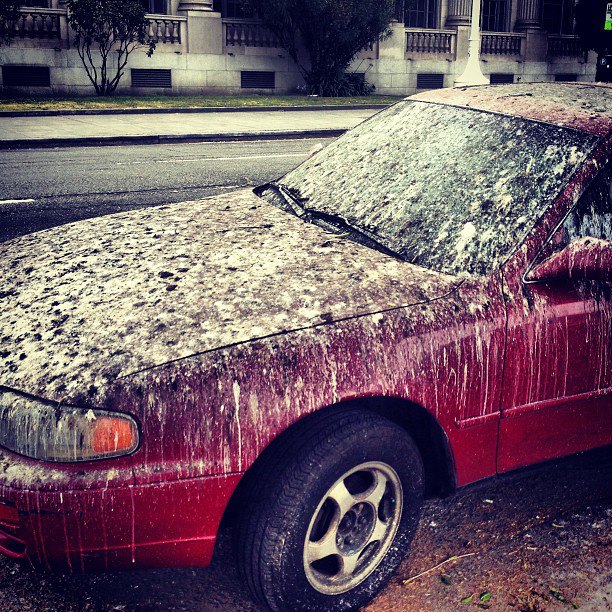 It was cool, but I felt like I could do better if I had the right light and a better camera. I looked up this website to see what direction light would be coming from at different times of the day (sollumis.com), and saw that walking there before work would make the light come in from the front of the car, the side by the sidewalk, so that was maybe as good as it was going to get- specifically really darned early so that light would have some good directionality and color. I decided that since the car could get towed any time there was no time like the present. I said, “I totally should!!” and set my alarm. It was really hard to get out of bed at dawn, but then I reminded myself, I TOTALLY SHOULD TAKE THAT PICTURE!!!

It didn’t really make me less tired, but it was enough to get me out the door.

I was borrowing a super wide angle lens from UC Berkeley, and so I brought that along and took this picture, which I posted on reddit.com. When I went to bed a couple of dozen people had upvoted it, and there was no count on how many had seen it. When I woke up it had made the front page, and over 200,000 people had seen it. Now, in less than a day nearly three quarters of a million people have seen my picture!! This is the most exposure, by far, that any of my images has ever had, and I’m totally psyched. 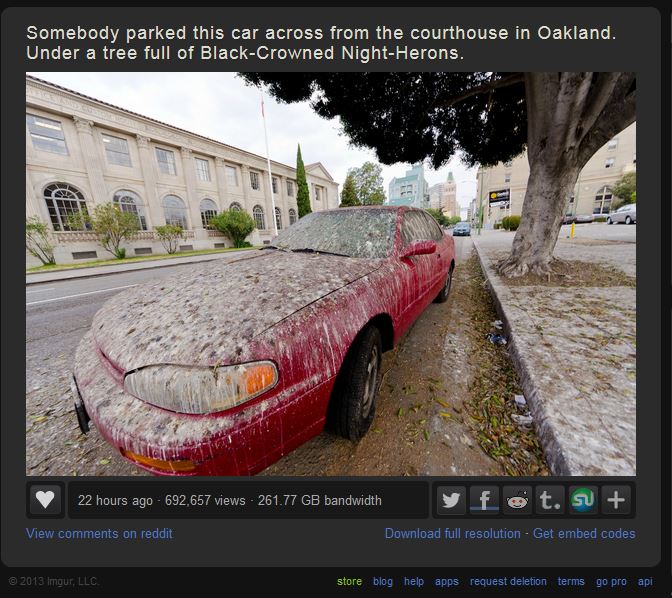